Matrix Reloaded can be summed up with just two letters – POOP !

A friend of the Dark Diver put it well… “It was more…” It was more of the same – more black leather, more club music, more green on black digital readouts, more squid machines, more bullet-time slo-mo, more ‘choose the left or the right,’ and MUCH more Agent Smith

The costumes were a stretch – I mean, why did Morpheus and Niobe wear alligator-skin suits? Is that how they fit in with their surroundings? Oh and Morpheus was a much cooler character when he was cerebral – the half-hearted attempt to make him into an action hero (ala the bare sleeve and midsection outfit) might have worked better if he was ten years younger or at least laid off of the ho-ho’s and ding-dongs for a bit. And what was up with the monk outfit Neo wore? I guess that he needed something to flap in the breeze and a cape would have been overboard on those ridiculous Superman scenes.

The writing is quite possibly the worst I have seen in a movie with this large of budget. I have NEVER heard so many tired cliches strung together in an attempt to make you think it is deep. It is mindless prattle. Neo says to a greasy, French-accented bad guy “You know why we’re here.” To which the Frenchman replies “Yes, but do you? You think you do, but you do not.” This kind of nonsense goes on for three to four minutes at a stretch, in scene after scene, all through the movie. If you could follow the juvenile, “I know you’re not – but what aren’t I” logic, you were left struggling to maintain consciousness until the next action sequence.

Okay the freeway chase scene was interesting to watch – but certainly nothing earth-shattering visually as promised by representatives of the film on the Charlie Rose show. If you are looking for the cutting-edge effects that made the first Matrix famous – you will find them duplicated over and over ad naseum. If you are looking for new cutting edge special effects, save your money for the next blockbuster sci-fi flick.

I would like to thank Manny Lacsamana for a thoroughly enjoyable evening as we hung around for an hour after the show tearing it to shreds and discussing film in general. Thanks Manny! 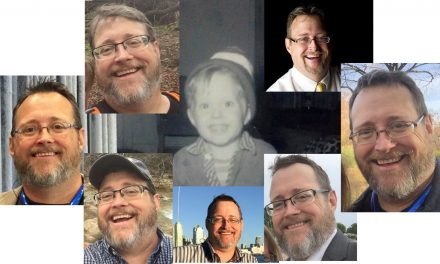 Why Am I So Darn Happy?