I am changing the third category from Others to Nader as the more I research, the more I see that Nader is quite different from the Greens. The Greens have turned too radical to even bother including.

Subject number three is… The Economy

The economic issues fall under the same problem as environment… in a capitalist society, big business runs the show and the primary interest of big business is profit. Economic prosperity for the average American or even the country itself is secondary to their own profits. Again, the political machinery makes it tough for anyone to reach office challenging the status quo. Believe it or not, capitalism with controls on big business is not socialism – it is needed. The fear mongers on either side would have you believe that you can have one or the other. The truth here as in most cases is that a balance is what is required.

George W. Bush wants to invest Social Security in the stock market… that is a bad idea. SS is a lightning rod issue and is not the problem it is reported to be. Social Security was designed as a ‘supplement’ to retirement… not a retirement guarantee. As long as it is used in this manner, there is no problem funding it. Bush’s tax cuts have been largely symbolic and criticized as purchasing votes. I don’t know about you, but getting $300 of MY MONEY returned to me did not change my spending habits. The fact is that this tax cut like most everything he proposes is much more beneficial to the extremely wealthy than anyone else. His plan to reduce spending by keeping budget growth at only 4% is more fiscal sleight-of-hand. Cutting the growth of spending is NOT cutting spending. Zero based budgeting is the ONLY proper solution.

On the economy Kerry just simply cannot be trusted. He advocates whackiness and sensibility at the same time. It is more of his famous flip-flopping. He opposes privatizing Social Security – that is good. But he has voted and spoken on both sides of the issue. As it stands, he claims he wants to repeal tax cuts for the wealthy, but that is too extreme. Class warfare is wrong even if it is the little guys declaring war. He suggests closing tax loopholes by corporations, but wants his buddies to get their loops. If he would stick to what he is saying this second, he would get a B+, but his history has proven you cannot trust him.

Another strong point for the indys… Nader realizes that the retirement fund is not in danger and wants it removed from the conversation. He wants to increase corporate taxes and favors taxing the sale of stocks and bonds. (If ever there was something that needed taxing, it is stocks and bonds. The government is quick to tax the things all of use – gasoline etc. but strangely all the stuff that big business and the ultra rich do is tax free.) Nader also looks to change NAFTA, which make a lot of sense as well.

Breaking these scores into numeric totals, after two issues, here are the standings… 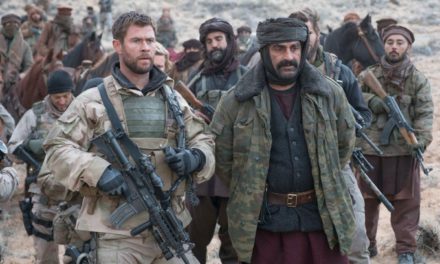