Austin – Day Three – The Ride for the Roses

Well, this is what we came for. This is the reason I have been in Austin the past two days. My back is screaming, “Hey bub… you really don’t want to do this,” and “you already donated, the ride is just symbolic… you could be a spectator today.” In fact, up until the moment I actually lined up at the starting line, I was in doubt about whether I should do the ride or not. But when I saw the hundreds of riders wearing a SURVIVOR sign on their backs listing when they were diagnosed, I knew that my herniated disc was nothing compared to what they went through. I was riding.

I rode the mountain bike because of its dual suspension and more upright posture figuring it would be easier on the back than the rigid road frame. I was right, but the weight of the bike and the huge rolling resistance from full knobby tires made this probably the last time I will ride a mountain bike in a road event. It saved my back in comparison, but probably made it five to ten times more difficult.

Imagine a voiceover ala NFL Films…. Like a gladiator of old, the proud warrior straps on his gear in preparation for the battle ahead.

You can see below in the parking lot that thousands have already assembled.

A quick stop off at one of the volunteer booths to get the “IN MEMORY OF” sign.

I had to play with the color and contrast on this shot to be able to read the sign… it had a glare in the photo. It reads “In memory of Pops & Sam :)”

There are thousands ahead of me already by the time I get to the line. See that screen waaaay off in the distance? It is actually a huge video wall about 30 feet wide and it is at the start area… we are talking a LOT of people.

And lest you think I started at the tail end… there are still a few thousand behind me.

The ride itself was pretty cool. It was very well support by an army of great volunteers. They were all extremely helpful and kind. They did everything from traffic control and logistics to manning the rest stops and most importantly, waving and cheering with encouragment at nearly every corner of the route. They are the ones that make this a great event.

Coming from the Houston area where the only hills are overpasses, the biggest shock of the ride was the elevation change. There were constant rolling hills that destroyed any semblence of pack riding. That, coupled with the constant onslaught from what seemed like a perpetual headwind, made it quite a test.

The last ten miles or so were a series of these steep rolling hills. With the heavier frame (both mine and the bike,) I would literally fly down these hills, blazing past anyone near me… but as I climbed up the next one, I would granny gear as low as I could and fight to push man and metal up the grade. During these last ten miles, I noticed that I was passing the same girl on the downhill side each time and being passed by her on the uphill. It became an expected event on every hill. We exchanged chuckles at each passing with things like “hello again” or “see you on the way down.” As the course leveled for the final push… we started talking a bit. It was typical “Hi, I’m…” banter, but it was cool to put a life story to the jersey and helmet.

We finished together and Tony snapped a quick picture of Cathy Parks and I. She really helped the last miles fly by because my mind was not on my aching back and not on my burning legs, but instead on catching her on the downhill. Thanks Cathy, and I hope you enjoy many more rides. (She said this was her first one.)

There you have it… the Ride for the Roses weekend is complete. My back is wrecked, but it feels like it will bounce back faster this time than usual. It was a good weekend and the thing I came away with from the time wasn’t some grand view on life or new-found dedication to fighting cancer… instead, it was a simple realization that Austin is actually pretty damn close to Houston and offers a host of cool things and places… I will definitely be going back more often. 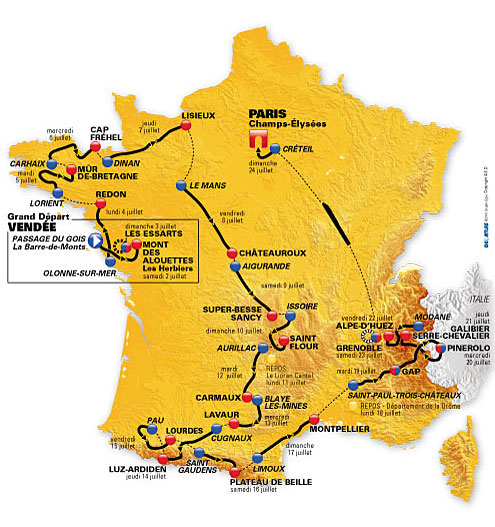