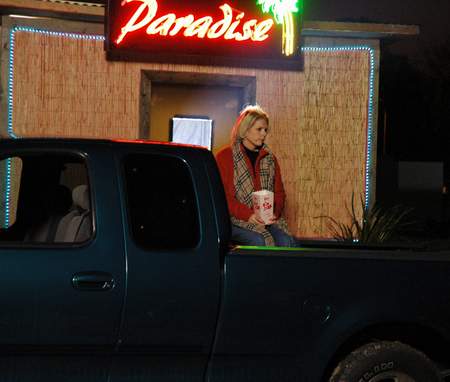 Okay, okay, so it was just my truck bed… but hey, about three in the morning, we got some very tiny flakes of snow and I figured, with Meredith Baxter in my bed – hell must be about to freeze over.

You may remember her as Meredith Baxter Birney, mother of Alex P. Keaton (Michael J. Fox) in the 80’s sitcom Family Ties. Well, as some of you know, I have been doing some work as an extra on the film “On the Rocks.” Part of my being an extra includes the use of my truck for a key scene in the movie. At the end of the movie, the lead Timothy Bottoms climbs into the bed of my truck where Meredith Baxter is sitting and they do the big hollywood screen kiss.

Oh yeah, and I did some rather stunning work portraying a movie-goer walking to the concession stand. You know what that means? Between this production and my work as a crowd member in Friday Night Lights… I can official be included in a game of Six Degrees of Kevin Bacon. In fact, the first person who posts the links between Kevin Bacon and I will win a special prize!

EDIT: The film title was changed to “Paradise, Texas” before its release.

Whatever your point of view… 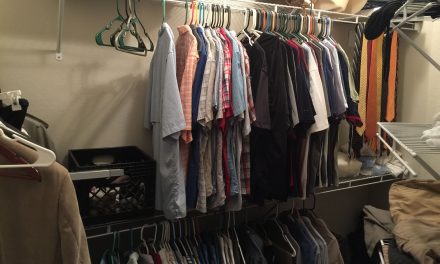 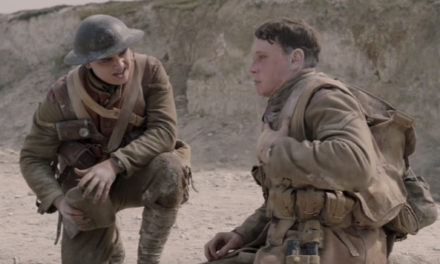