I came home yesterday to discover that my water had been shut off for non-payment. Before you dismiss me as a slacker that doesn’t pay his bills, hear me out. The first thing I did was log on to my online bank account (First Community Credit Union) and check when it was last paid. Sure enough, it had been paid on the 30th of last month… paid in full.

Armed with the knowledge that I was not in the wrong, I called Aqua Services LP – the billing company for Horsepen Bayou MUD – the municipal utility district that provides water to my neighborhood. I told them that I had made a payment through my online service weeks ago and she said that if I could fax her a copy of the check, they would waive the $50 reconnect fee and turn the water back on – if not, I would need to bring a money order for the payment plus the reconnect fee to their office in person before 4PM – it was about 1:30PM.

I then called First Community Credit Union (where I have been a loyal customer for over a decade) and told them that I need a copy of an online payment they handled. I was shuffled through a maze of phone numbers and finally spoke to someone who handles the online billing. She agreed that it had been paid and said she would “mark it urgent and let me know what she finds out.” I mentioned the 4PM deadline and she said that if didn’t hear from them within an hour or so, I should call them back.

After an hour and a half of nothing, I called the credit union back and after retelling the entire tale again, talked to someone who seemed genuinely concerned with helping me. (I wish I would have gotten her name – I would have thanked her here publicly.) She said that after further research, it was indeed mailed out, BUT it had come back to their office over a week ago. Apparently, the water company had changed their PO Box on the bill over a YEAR AGO and the forwarding had just expired.

I then questioned why, if it had been returned a week earlier, was I not sent an email stating that the payment did not work? Also, the amount of the check had never been credited back to my account – I had no way of knowing that there was a problem with the payment. She said, “yeah – we should send an email out when that happens…” I was flummoxed.

I told her that I had to run get the money order to the billing company before the deadline and she said that she would look into crediting my account for the $50 reconnect fee. After getting cash, getting a money order, paying the bill, and turning the water back on, I figured the ordeal was over. I was out a half a day of running around, but the money would be credited back to my account and the reconnect fee would be paid by the credit union.

I got a call today from the credit union. They said that “they cannot reimburse me for the reconnect fee because the new address was on the bill.” Sure enough, the new address is on the bill, but seriously, who memorizes the PO BOX that their water bill goes to? Would you notice if it changed from PO BOX 4276 to PO BOX 1354? I wouldn’t – and didn’t. Turns out it was in the fine print on the bill too – when is the last time anyone read that?

I am not looking for anyone to pay the whole reconnect fee – frankly, I could care less about the money. What peeves me is that nobody will accept any responsibility or even make a gesture to make a long time customer feel a little appreciated. I mean come on guys – if I screw something up for a client, even if it is not my fault, I will offer a discount on the bill or future work or at least a heartfelt apology.

The next step is a formal letter to the water district, the water billing company, and the credit union – I will explain the situation and simply ask that they make some sort of gesture to reassure me that I am a valued customer. I don’t care if I get a tshirt – a hat – a koozie – or just a nice letter… If I do, I will be posting with great appreciation and publicly singing their praises… if I am ignored or sent some sort of form letter – the wrath of an angry writer will be upon them… and then you get to listen to me rant again. Stay tuned. 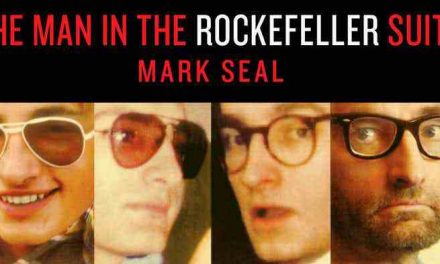 Book Review: The E-Myth Revisited: Why Most Small Businesses Don’t Work and What to Do About It 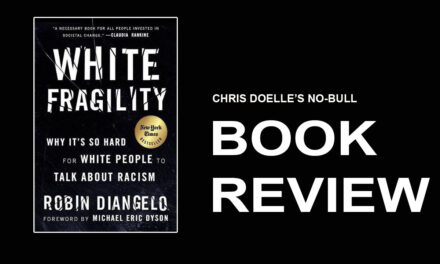 Book Review: White Fragility: Why It’s So Hard for White People to Talk About Racism