I just got a burst of energy today – I rode 17 miles on the stationary bike, I lifted weights, and I worked for eight hours. My foot still hurts when I step wrong on it. I fear that when classes start up I won’t make the time to write in my journal so it may get jumpy. Oh well!

I called Sandy and basically I got dumped! She said that shes seeing someone up there and its starting to go good so once again I am without a female companion. It’s strange… I can attract almost any girl, but I have trouble hanging on to them. No matter – I’ve adopted an old quote as my own – “Its better to have loved and lost than never to have loved at all.”… story of my life – haha.

Today is Thursday – I’m heading back to college on Tuesday. Tony gets off at midnight on Tuesday and we are taking off right then. Its about a four and a half hour drive so we’ll be pulling in early Wednesday morning.

The big news story is that early this morning two American fighter planes shot down two Libyan jets who had provoked them. In football, the Cincinnatti Bengals will play the Buffalo Bills for the right to play the winner of the San Fransisco 49ers/Chicago Bears game in the Super Bowl. My sentinmental pick is the Bengals over the 49ers in the Super Bowl in a rematch of a few years back.

Oh yeah – another world note. The US has accused Libya of running a factory for producing used in chemical warfare. Libya claims it is a medicine factory. The US hasn’t ruled out military action to destroy the factory. Well, I’m about ready to hit the sack (sleep) so I’ll end it here.

A ton of interesting stuff in this entry. A glimpse into my personal thoughts and feelings related to women. A look at the affairs that shaped the world during the opening stanza of 1989. A glance at the world of NFL football – I did get my rematch of the 49ers and Bengals – but once again, the Niners took home the win.

A sports item of note that I did not record in my original journal entry: Major league baseball signs a $400 million contract with ESPN that will put 175 games per year on cable television beginning in 1990.

Nardo gets some video time… 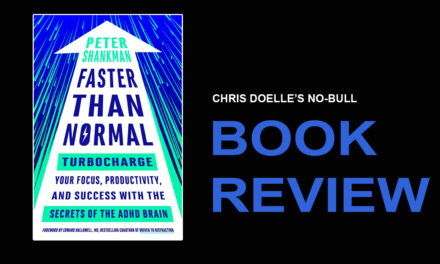 Book Review: Faster Than Normal: Turbocharge Your Focus, Productivity, and Success with the Secrets of the ADHD Brain