I think this will work

Well, after one day of the “Xbox 360 Diet,” I think it is going to work out well. After walking Lou, water jogging at the gym, and some cycling, I had quite a few extra calories I could eat for the day, but wasn’t real hungry. Most of my eating is because I am bored and when you have the task of tracking your calories, you notice that you aren’t hungry – just bored. Instead of eating, I did other things so I had a net loss of 983 calories for the day. That comes out to a third of a pound, and roughly two pounds a week, which is a healthy rate. 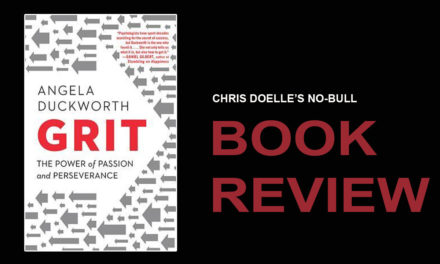 Book Review: GRIT: The POWER of PASSION and PERSEVERANCE