Almost a week since my last entry and a lot has happened. Right now I’m at home and its Spring Break – I’ll be home until next Saturday… one week from today.

First of all, and most important, Tonya is officially “just friends” with Brock. She is still without a doubt, at the top of my list for prospective partners. We’ve been friends for some time and I’ve grown to love her already as a friend. She’s still pretty broken up about Brock & I want to help her out without being biased, but hey, I’d like to show her how she should be treated.

We had a heart to heart Wednesday and it looked like that went a long way towards helping us together. I think today was the first day I haven’t seen her in quite a while. For the past several months, I’ve seen her nearly every day and I miss her now. I can’t believe I won’t see her for a week.

Kelly is another story. I think she was using me as an excuse to breakup with a bad boyfriend and if I helped her do that… I am happy. I had a talk with her and told her that I wanted to be just friends. She agreed, so I guess that’s settled.

I went to see Dawn tonight and we discussed her upcoming marriage – she’s still unsure about the whole ordeal and I still think I would marry her in a minute if I had the chance. She’s meant more to me than any other girl in my life. I’m hoping now that I find that special someone to steal that title from her – Tonya?? (I hope so!)

Hmm… you know, a few years back I would never have released this entry. I was still caught up with the need to not look weak – the need to protect “my image.” But you know what? I don’t really care now… maybe that is this maturity thing I have heard so much about? haha Exposing some of my inner feelings from 16 years ago isn’t nearly as threatening to me now. I find it kind of humorous now that I can talk with such passion about a particular girl while at the same time switch gears instantly to talk about the next one.

Its that time again… 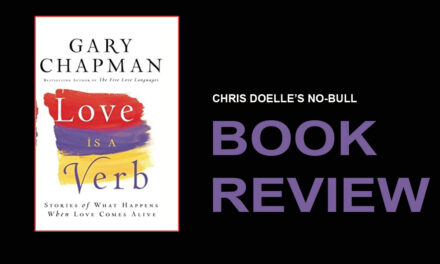 Book Review: Love Is a Verb: Stories of What Happens When Love Comes Alive