I had a great time with the film

I, Curmudgeon. This is simply an average documentary in terms of style, skill, and technique, but in terms of content – it rocks! It takes a look at what it means to be a curmudgeon and gets that view directly from a host of crotchety people, Andy Rooney, Fran Lebowitz, Scott Thompson, Harvey Pekar etc.

In the wide range of opinions, the idea of a curmudgeon is somewhat dilluted and I question the inclusion of someone like Pekar. To me, he is more of a pessimist and depressed than a true curmudgeon. Writer/director Alan Zweig did a good job of tieing the disparate themes together through his own story, but it too often sounded more suicidal than “grumpy old man.”

The perfect representative in my opinion was Andy Rooney… now that is someone a curmudgeon can look up to.

Children of Men was a film that I really looked forward to because it showed such promise. I watched it about a week ago (yeah, that was before it came out… but hey, I got connections,) and it definitely isn’t worth the Oscar buzz I have been hearing.

It was a good film featuring one of my favorite actors, Clive Owen. For his part, Clive was impeccable and 100% believable. Where I parted company with the film was in 1) a weak story, 2) the overt anti-Iraq war sentiment placed throughout and 3) the character played by Michael Caine (another of my favorite actors.)

Visually the movie was amazing… throughout there was great cinematography and even some pretty awesome camera moves. Everytime I started to fall in love with the film either the story made a stupid turn or the camera panned past a newspaper that said “get the US out of Iraq.” How is that for subtle? Not very. The worst had to be when the bus was driving past a bunch of prisoners and in one cage dressed identical to the picture from Abu Ghraib (see below). Regardless of whether or not I agree with your political point of view… don’t beat the audience over the head with your politics. Trust them to be smart enough to figure it out.

The person in the film wore the exact outfit shown here and was standing in the exact position… real subtle guys.

This would have been a 8 or 9 had they left this garbage out. 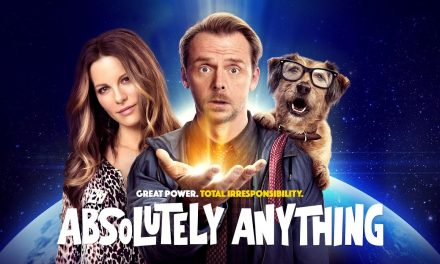