It has often been said that Robbie McEwen has his own cloak of invisibility as he appears from nowhere to win races (178 of them to date.) No cloak alone could be responsible for Robbie’s stage one magic.

With around 10km left in the race McEwen was involved in a crash that tossed him over the handlebars, hurting his wrist. With the rest of the pack leaving him behind, he rallied the forces of his team to pace him back into the group. Once the final surge started and the speeds increased dramatically, it seemed that he would not be able to compete in his specialty – the sprint finish. Robbie had just barely reached the back of the peleton (the main pack) with no chance of winding his way through the 150+ riders jamming the road. Even if he could get past all the riders, surely the effort would leave him too spent to compete for the win.

As the Paul Sherwen and Phil Liggett made the call at the frenzied finish, there was no talk of McEwen as the rest of the sprinters turned massive speeds in what looked to be a photo-finish. Once again, the cloak of invisibility was dropped, Robbie McEwen emerged not only at the front of the pack but traveling faster than anyone else on the road. He absolutely demolished the other world class sprinters to take the win by two bike lengths.

Congratulations Robbie… and thanks for another amazing finish to a Tour de France stage. 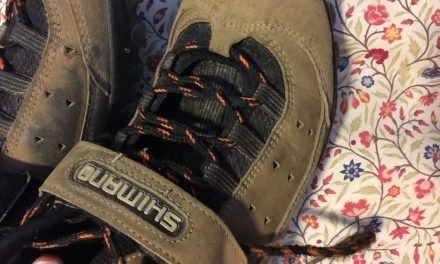 The Right Gear Makes All the Difference

Bike to work day – every day.