Resurrecting the Champ is a film about Champ (Samuel L. Jackson,) a former boxing legend and Erik Kernen (Josh Hartnett,) a struggling reporter. The film is a feather in the cap of both actors who have stretched far beyond their typical roles.

Director Rod Lurie – whose work on Commander in Chief was some of the best stuff on television, does a good job with the script. While there is nothing that jumps out at you to make you go “Wow, that was an amazing shot” or “great choice on that setup,” Lurie does an excellent job of not getting in the way of the story. Trust me, that means a lot.

Large liberties are taken in this fictionalized version of boxer Bob Satterfield‘s story, but it is all for the good. The cast is impressive, the story is completely engaging, the acting is top notch, and the time spent with the film is 100% enjoyable.

The Good Shepherd is a flick I tried to catch a couple times over the past few months, but something always conspired to interrupt. It is a hard film to get into as you can’t watch this one “on the side.” There is so much detail and nuance that requires your full attention. Matt Damon proves once again that he is an excellent actor despite such missteps as the crappy Ocean’s 11 through 27 roles.

Despite a carousel of directors, TGS eventually ended up with Robert De Niro at the helm. De Niro did a good job as the replacement director, but the script certainly did make it easy. What is especially good about the story is that it is one of those rare films that doesn’t lead you by the nose. It gives you credit for having a brain and forces you to pay attention.

The final 1/4 of the movie is the only letdown as after the first 120 minutes it changes from a thought-provoking well-written story to a typical Hollywood wrapup. This could have been a great one.

After hearing numerous people rave about Battle Royale, I broke down and rented it on NetFlix – fun stuff. The entire movie is in Japanese with English subtitles, but it doesn’t take you out of the story at all. BR is the tale of the Japanese government’s attempt to reign in out-of-control schoolchildren by capturing one class of ninth graders and forcing them to fight each other to the death over the course of a few days.

Sure, this is pure fantasy. Sure, this is 100% escapism. Sure, it is a crazy premise… but DAMN its a lot of fun! Imprison 42 delinquent students on an island, distribute one random weapon to each student, and let the fun begin.

In news that will either end up great or horrible – I have heard rumors of an American remake of Battle Royale. I sure hope that someone with an appreciation for the original is in charge and that it doesn’t turn into typical teen schlock.

Another in a line of films I meant to see long ago but never did – The Last Temptation of Christ was quite a disappointment. When it first came out in 1998 there was quite a bit of turmoil surrounding the Martin Scorsese film because the storyline portrayed Jesus Christ as more human and less holy.

I wasn’t bothered at all by the approach of the film. I was however, shocked at the stilted and subpar performance by Willem Dafoe. Harvey Keitel‘s Judas was a good performance as was Barbara Hershey‘s Mary Magdelene.

Surrounded by Scorsese’s other great works, Temptation pales in comparision. I think that had this film not challenged long-held beliefs and taken on the institution of religion, it would have slipped from the consciousness of moviegoers long ago. The lasting legacy is not that it was any great piece of storytelling, fictional or otherwise, but that it caused a stir. That, my friends, doesn’t earn any extra stars in my book. 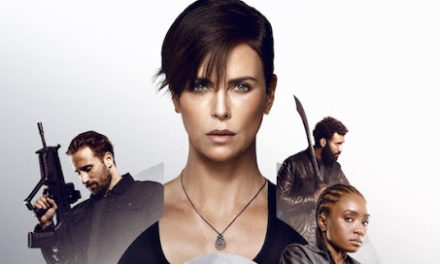