Severence is a a fun horror flick with a lot of black comedy mixed in. The idea of a sales team out on a company retreat having to fight a group of commandos (ala Blackwater) is a blast. The fact that their company is in the business of supplying the weapons of warfare around the world is brilliant.
RATING 7 out of 10

Wolf Creek is another in the horror genre. Based on true events, it certainly takes a lot of liberty with the storyline, but is well paced, well acted, and darn it – the Aussie accents make it fun stuff.
RATING 7 out of 10

Ultimate Avengers II is the follow-up to an animated flick that I really enjoyed. This one however, doesn’t quite live up. I took the hint when I fell asleep four times watching it. I never did finish the thing.
RATING 6 out of 10

The Condemned starring “Stone Cold” Steve Austin is a throwback to the 80’s tough guy film. The premise was a little like Battle Royale meets Mark Cuban. It was a schlocky good time.
RATING 8 out of 10

Dynamite Warrior was visually fun to watch. The story got confusing and times and downright boring at others, but there was always some great mixed martial arts action to bring you back. Fun stuff.
RATING 7 out of 10

La Lucha: The Struggle was less like a documentary and more like a series of clips thrown together. It was interesting at times, but suffered from a distinct lack of skill in the editing. This could have been a much more engaging look at the masked Mexican-style wrestling in America.
RATING 5 out of 10

Speedo: POV is an extremely well-put-together documentary. It tells the tale of a demolition derby driver with dreams to reach the top and the skills to match. His struggle is inspirational, funny, and heartwarming.
RATING 9 out of 10 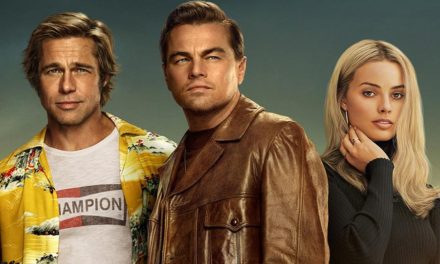