There is a graphic in the EA Sports NCAA 2009 football game for the XBox 360 that has bugged me on a few fronts. 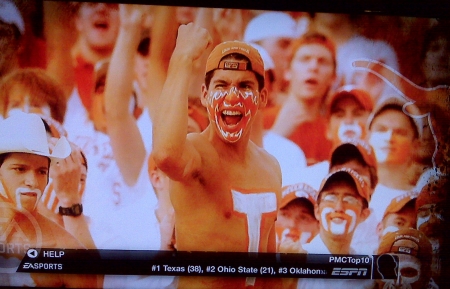 Now keep in mind that this is one of the transition screens that you see when you are playing the University of Texas.  One of them is BEVO, the longhorn – another shows Vince Young – one of the band… you get the idea.  This one is also in there.  What are the things wrong with it?

1 – The students/fans shown are from the University of Tennessee – NOT Texas.  The hats say “Volunteers” and “Loud and Proud” – stuff that you see all over their gear.

3 – Nobody else seems to have noticed this.  I have searched the internet since I first saw the image in the last few versions of EA Sports NCAA football.  Seriously… I’m the only one that noticed the flub?

Maybe this is just some sick inside joke by a University of Tennessee graduate that works with EA Sports…  it would at least eliminate the possibilities that they have either morons working for them or unscrupulous types that noticed the error and chose not to fix it. 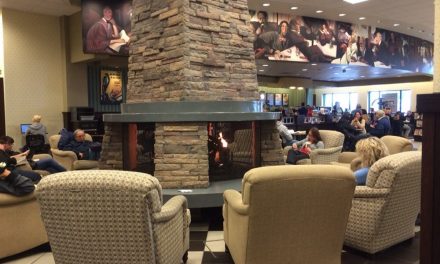 How to Save Barnes & Noble