I got my hands a country promo disk and thought I’d take a second to review the new tracks. Here are the tracks and my gut reaction to them: 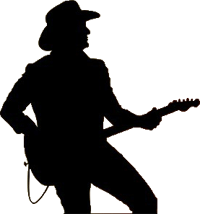 Rain Is A Good Thing – Luke Bryan (Good tune, but very simplistic if not downright stupid. Will it do okay? yeah – people like stupid. Will it be on my playlist? Not long.)
Free – Jack Ingram (I do like me some Jack Ingram and I think this one will do okay. It is just deep enough and touches just enough heartstrings to make you like it.)
Wrong Baby Wrong – Martina McBride (Martina has a solid track record and this one fits her style. It has good sentiment, just not enough of a hook to last long term.)
Turning Home – David Nail (I nearly fell asleep listening. He sounds like he could put out a decent song if he had a better song. Has potential – just not there yet.)
This Ain’t Nothin’ – Craig Morgan (Pretty horrible song – a bit too morose for me. His voice is good enough – I’d like to see if he can do ‘happy’.)
That’s God – Jo Dee Messina (Okay, I am not saying I disagree with the song – its just so darn serious. I am sure that I will love this track when in “that” mood. Right now, it just sounds a bit preachy.)
Dirt Road Dancing – Matt Stillwell (From the first couple of notes, you know this is going to be a good song. I mean any track that talks about taking a left by the frog pond is bound to be fun. Good stuff!)
Stay Here Forever – Jewel (Jewel delivers again. What a voice. What a good song!)
Better Than I Used To Be – Sammy Kershaw (This is a good song. I think this one is a keeper. “I ain’t no angel, but I’ve been sitting out a few more dances with the devil.” Nice.)
I Keep On Lovin’ You – Reba McEntire (I admit I’ve never been a big Reba fan – or even a small Reba fan. Her fans will probably like this… just not my style.)
That Ain’t My America – Lynyrd Skynyrd (Weak – a derisive message hidden behind patriotism. MY America is positive and doesn’t put people down who have different opinions.)
Jenny – The Harters (It is okay, just nothing to make you want to hear it again.)
Daddy Phone – Marty Raybon (A bit too dorky for me)
Use Somebody – Margaret Durante (Liked it much better when Kings of Leon did it in 2008)
Kiss Me Now – Katie Armiger (Chicks will dig this one. It sounds like a grown-up version of a Taylor Swift song.)
Troublemaker – Suzi Ragsdale f./Rodney Crowell (Boring, boring, boring. It does have a good enough hook though that if played over and over on the radio, you would sing along.)
Kick Down The Door – Kate Russell (Now there’s a confusing message for boys trying to figure out girls. Kick down the door, but no means no. Treat them with respect, but they want you to push them around too. Oh, and the song is weak.)
White Liar (Acoustic Version) – Miranda Lambert (The acoustic version sounds better but I still don’t like the storyline. He is a cheating liar, oh, but so am I. Real nice. Can’t deny it is a catchy tune though.)

Any month that I like 1/4 of the new stuff is really good for mainstream music. I have April already and plan to review it when I have some time. Let me know what you think about these tracks when you hear them.

Ooops she blew it again