The girls went to see “Letters to Juliet,” and rather than sit through the chick flick, the guys felt it was time to go do something involving sweat, simulated murder, and just general mayhem. Paintball was the obvious choice.

We had a blast from the moment we “woke up” our host for the afternoon. I forget the dude’s name, but he was very cool and really dug explaining things to the boys while telling all his tales of the world of paintball. Once we went over all the safety information, we were ready to get going. Outfitted with our “killin’ gear” we headed out to the combat arena. We had an absolute blast despite the sweltering heat. In the first match, it was Logan and Dallin teamed up against me. Later we went “every man for himself.” We even did a couple matches where it was just Dallin vs Logan. Logan shot me in the head a couple times – I shot him in the head once and the chest another – Logan also shot Dallin during a time-out.

The dude that ran it was super friendly and gave us a ton more paint than we paid for. I think he was happy to see someone there and I helped him jump start his truck that was dead too. Overall, it was a fun outing and despite the fact that I think I would have liked Letters to Juliet, there is no doubt this was better!

Good news from the home front… 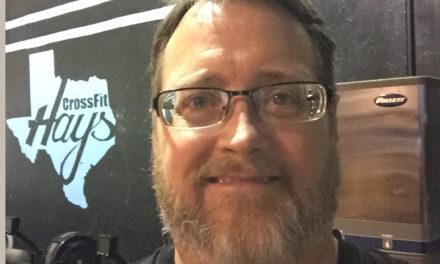 And so it begins…

Useful iPhone apps for the Super Connectors* of the world