Will this Generation Ever Do Some Work? 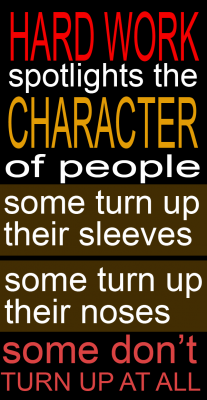 Everyone has heard that Millennials are a bunch of shiftless, lazy, self-absorbed know-it-alls that won’t unplug from their video games and won’t stop taking selfies long enough to learn a trade, get a job or do anything of real value.  We have heard that kids today don’t go outside and play.  We have heard that they don’t understand work.  We have heard them shouting “gimme gimme gimme” at Bernie Sanders rallies.  Is this reality?  Is this a fair description of the current generation of young people?  Sadly, it is.

But, rather than just piling on and joining the chorus of folks perplexed and/or pissed off about this generation’s lack of work ethic or selflessness… I have good news.

What is overlooked in the equation is that THESE will be the competition for those young people who do get off their duff and work hard.  That is huge!!

Motivated young people will have a tremendous advantage over the rest of the ME-llennials.  Rather than scraping and clawing their way through the throngs of people raised with a strong work ethic and solid morals, they will be going up against these lumps.  The opportunity for those who don’t shy away from challenges and don’t shrink at the thought of hard work will be limitless.

If you are (or know) a young person who understands that lazy pays off now but hard work pays off in the future but much more, there are a couple of things you should do:

On being a good person

US Constitution – it was all about the STATES