Once again, I was invited to co-host a relatively new podcast called Pop Cult Net produced and hosted by James Baker (JB.) In the show, James looks at the latest news in movies, tv shows, gaming, anime, comics and everything else in Pop Culture.

This time we reviewed the show A Quiet Place. I again decided to hold my review of the film until his show came out and release both at the same time.  The written review is below, the show is here:

When I saw the preview for A Quiet Place, I was intrigued. The scenes showing a pregnant Emily Blunt hiding in a bathtub desperately trying to stay quiet. The tension was palpable in the preview and I just hoped it would translate to a full-length film. It did!

I have to mention that I absolutely love Emily Blunt. Her work in the Tom Cruise film Edge of Tomorrow has to be my favorite. She did an amazing job with next to no spoken words. That is not an easy task.

Her husband (and Director) John Krasinski has really been impressing me as I see him in more and more films. I never watched the American version of The Office so missed him there, but he did a great job in 13 Hours. I am actually quite stoked to see he will be playing Jack Ryan in the upcoming television series Tom Clancy’s Jack Ryan.

This movie was good because it was original. I loved the fact that you join the story on like day 89 or something with no explanation of what is going on. I love when a movie makes you think. Sure, there are a few things that made me tilt my head and go “hmmm?” I complain in the show that the family spends a couple years pouring sand in trails everywhere they walk to avoid making noise, but in that time don’t clean all the clutter out of their house. There was so much stuff everywhere that I felt every minute someone would bump into something and make noise.

Minor peccadilloes aside, I really like the film. The tension held throughout and you left feeling nearly every possibly emotion. It was a very draining film. I have to mention that the deaf daughter in the film, played by Millicent Simmonds, is actually deaf and was responsible for teaching everyone on the set sign language.

Check out this modern day silent film, you will be glad you did. 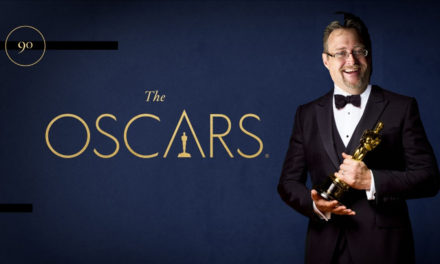